I took another extended break for several reasons.

Although the Master Naturalists program suggests otherwise, I find that this time of year leads to a slowing of naturalist activities for me. I focus a lot on wildflowers, but there aren’t a lot of woodland wildflowers to focus on.  In the prairie it’s a bit different, but I don’t yet have much experience with prairies, as there aren’t many around locally. The showiest woodland wildflower right now is goldenrod, but that can be seen a lot of places. Arguably more interesting currently are the berries. Solomon’s Seal and Solomon’s Plume have ripened berries, as do the Jack-in-the-Pulpit and dogwoods. There are also some interesting mushrooms out right now as well. I can talk about those at any time, though.

During one of my knitting classes recently (I also teach knitting and crochet), I met a transplant from Nevada, who had been talking about the difficulties she had with trying to become an engineer. In her program, she had to take a geology class, and she liked it so much that she switched majors. She and I discussed the geology in Wisconsin, and I mentioned Ledge Park in Horicon to her, but we talked a bit about the Driftless Area and the geology there. Intrigued by this, I decided to go out on an adventure today, alone. And it was seriously one of the best experiences of my life. 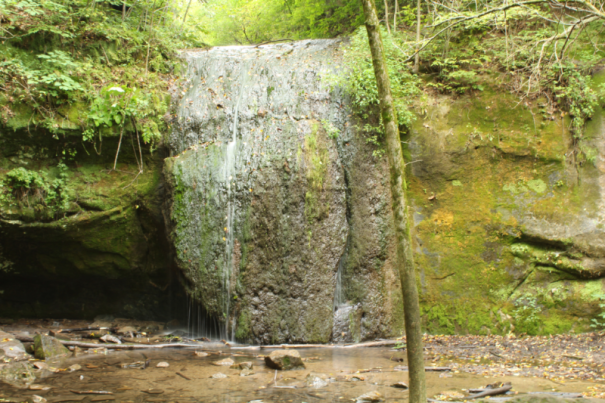 On my trip to Stephen’s Falls, a woman started talking to me, and she gave me some wonderful information about the geology of the area, some of which I included in this post. She also recommended a place in Mount Horeb that I can go to in order to learn more about it. We also talked about some of the plants in the area, and she said by the falls was monkshood, which I didn’t get to check out very well, but I suppose I will have to go back when it is blooming.

Prior to going to the Stephen’s Falls, I first went to Cox Hollow Falls, which flows from Cox Hollow Dam. While this is much smaller, I guess the water flow is more impressive? 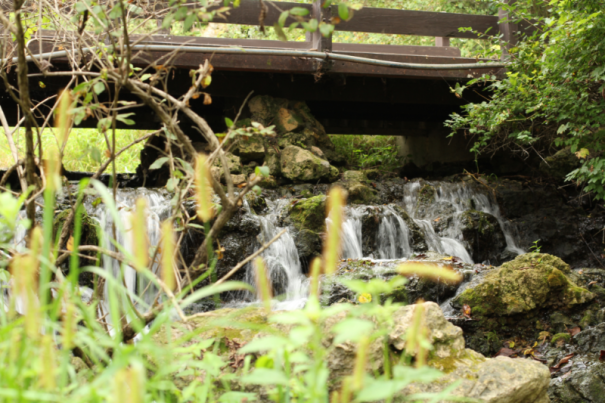 Of the two lakes at Governor Dodge State Park, I prefer Cox Hollow Lake over Twin Valley Lake. Maybe I just didn’t have the best view of Twin Valley Lake. Both of these lakes have beaches and allow for swimming, fishing, and boating. I just kept my distance and took pictures, but hardly anyone was there when I first got to the park at about 9:30.

I did, of course, take some pictures of the flora, but as I said before, a lot of what is visible right now is goldenrod. There was jewelweed also (which I think deserves its own post), and I saw some false sunflowers, but there just wasn’t anything that stood out enough for this post. Sometimes it’s all right to let the water and geological features shine on their own.

I don’t know why this one of my favorite experiences. Perhaps it is because I went out on my own adventure with no expectations or plan aside from viewing Stephen’s Falls. It was quiet, and I was able to take in my surroundings with little distraction. I look forward to returning in the spring for another adventure.